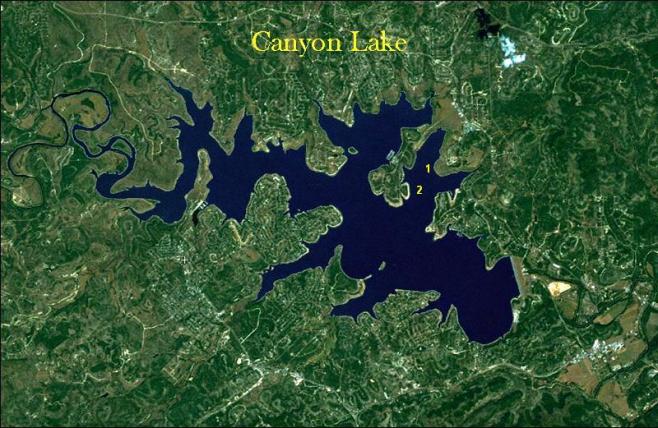 Got on the water this morning around 9:30 AM with my 13 yr-old son Rhodes. We headed over to Jacobs Creek area (#1 on map) and I rigged him up with a spinning rod and Sassy Shad. The stripers were right in the channel where they have been for the past month or so, and they were packed in thick. You can see the up-down effect of wave action on the fish in this photo of my graph. The boat (and transducer) rises and falls in the waves and it gives the fish a rippled look. 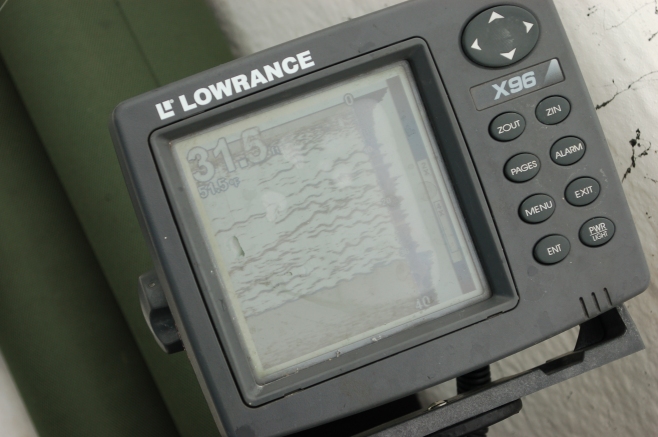 Rhodes started hooking up with stripers right away. These fish were fat and strong and it did not matter where you cast or how you retrieved… they were feeding hard. 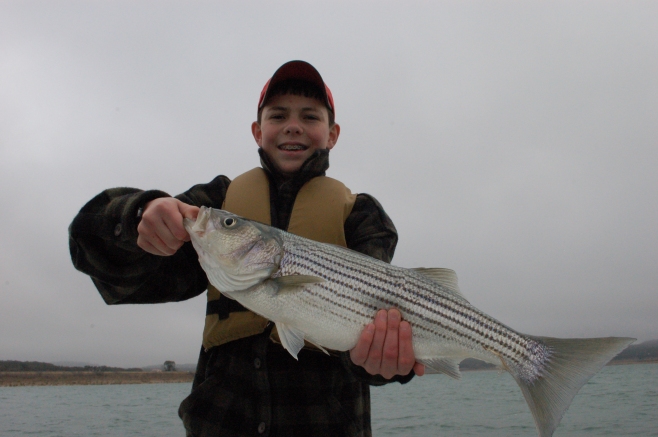 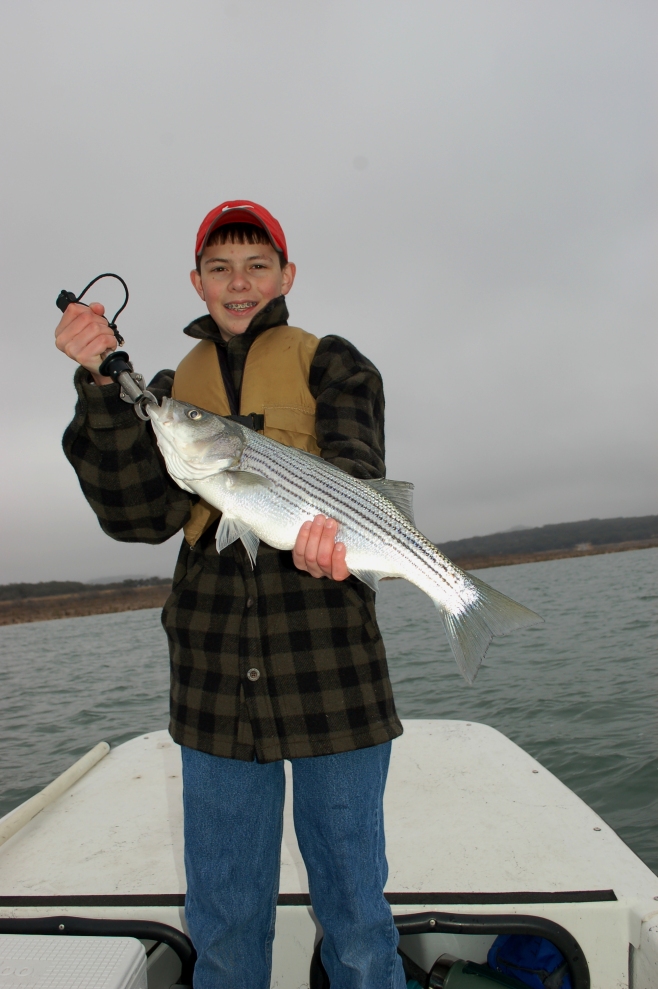 After landing 3 fish, he decided to give his fly tackle a try. He rigged up with an 8wt. rod, fast sinking line, and a Chrome Clouser. I motored up-wind of the fish and he made a good cast as we drifted back toward them. He hooked up and after a good fight full of grunts and grins he brought the striper to the boat. 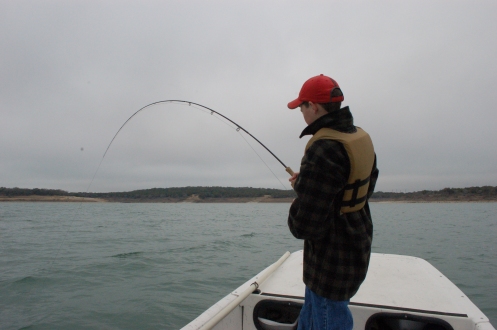 It was his first good striper on fly tackle and measured 22 inches and weighed 3.5 lbs on the Boga. We released it. We are planning to enter it as a Texas Junior Angler Fly Fishing water body record for Canyon Lake. He was excited… so was I! It was cold, windy, and damp out there this morning and he hung in there like a trooper. Great job Rhodes! 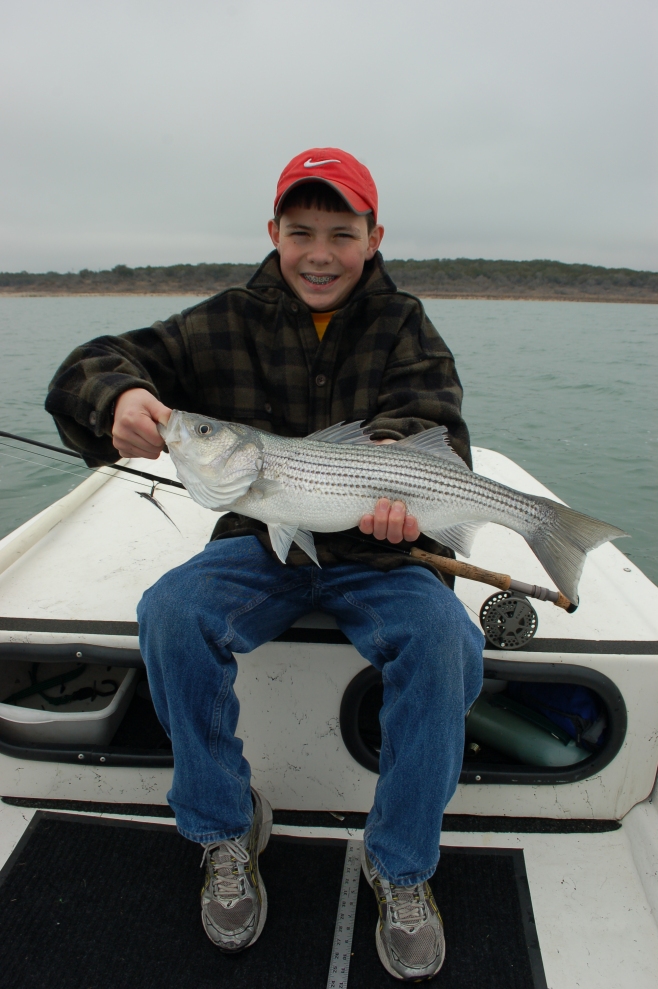 After lunch, I met up with my buddy Jon Fisher and we headed back over to Jacob’s Creek. The fish were still there and still feeding, but they had moved out slightly (#2 on map) from where Rhodes and I got them earlier in the day. We were rigged up with 8wt. tackle, sinking lines, and Chrome Clousers. Jon hooked up on his first (maybe second) cast and we stayed on fish for perhaps an hour. We caught some nice white bass (fat females) mixed in with the stripers. 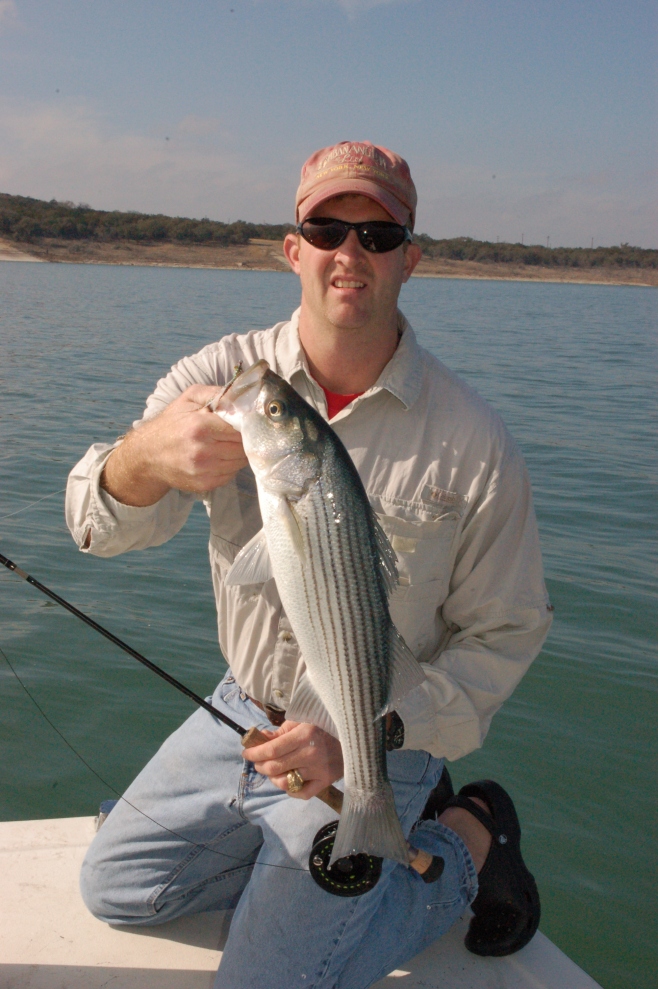 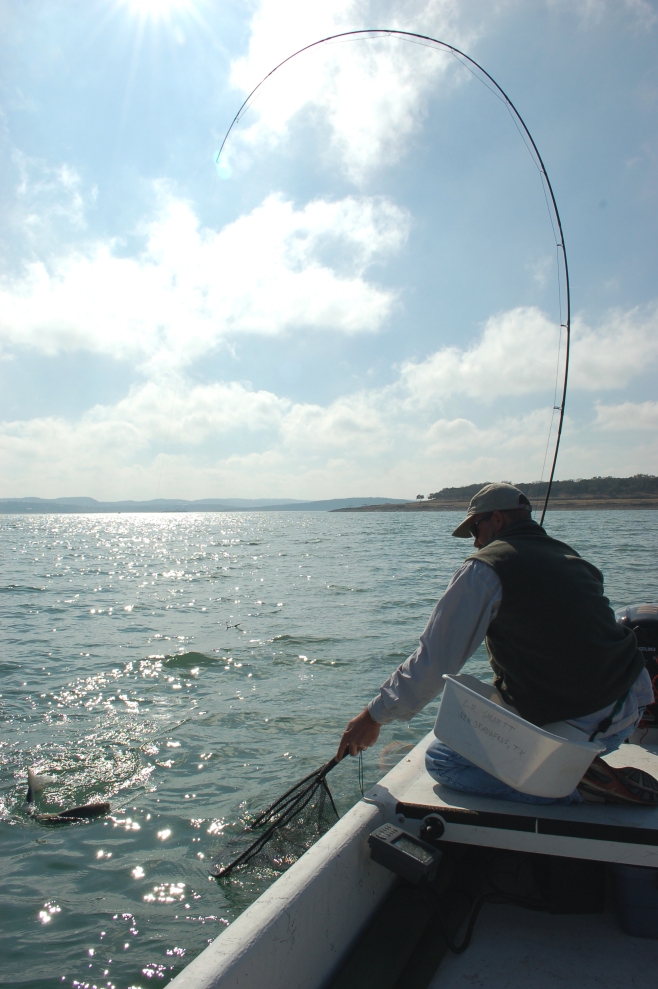 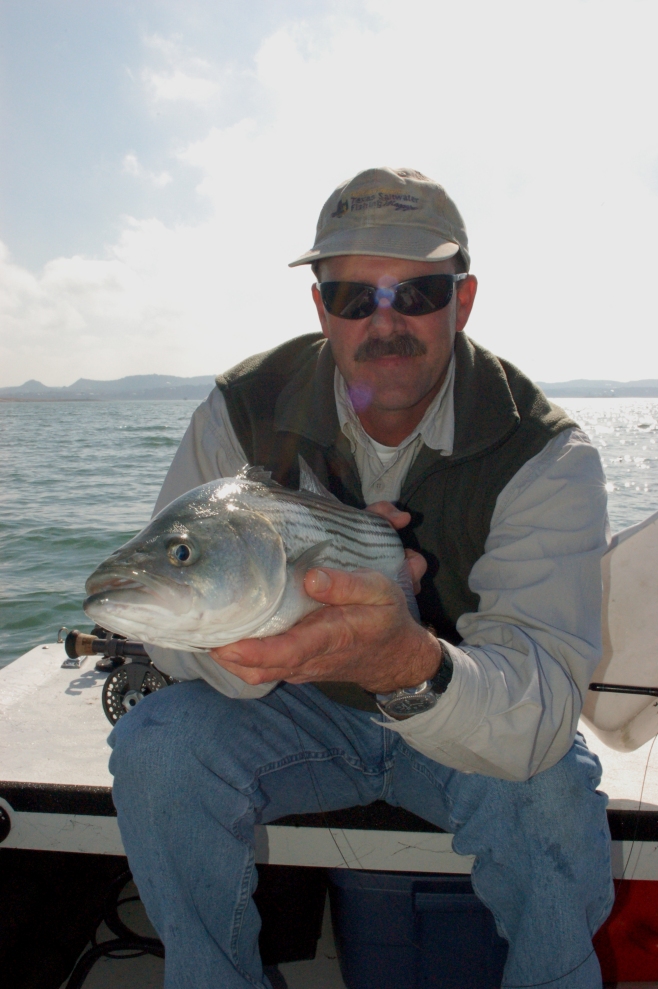 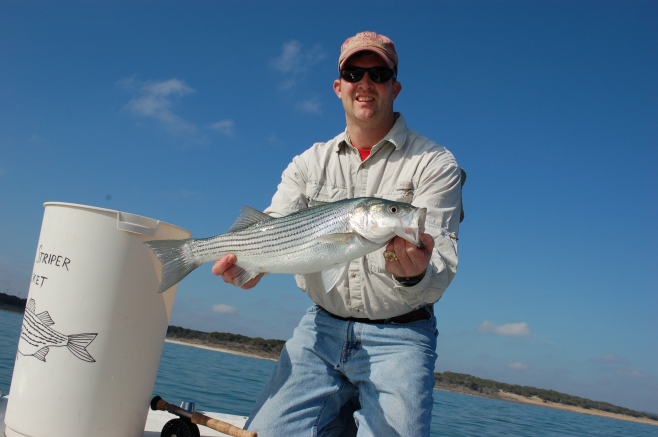 After several hours the stripers moved out. We tracked around the lake looking for them but never really found them again. Just before dark, they showed up on the surface near Jacob’s Creek but they were small and sporatic. What a wonderful day on the water.